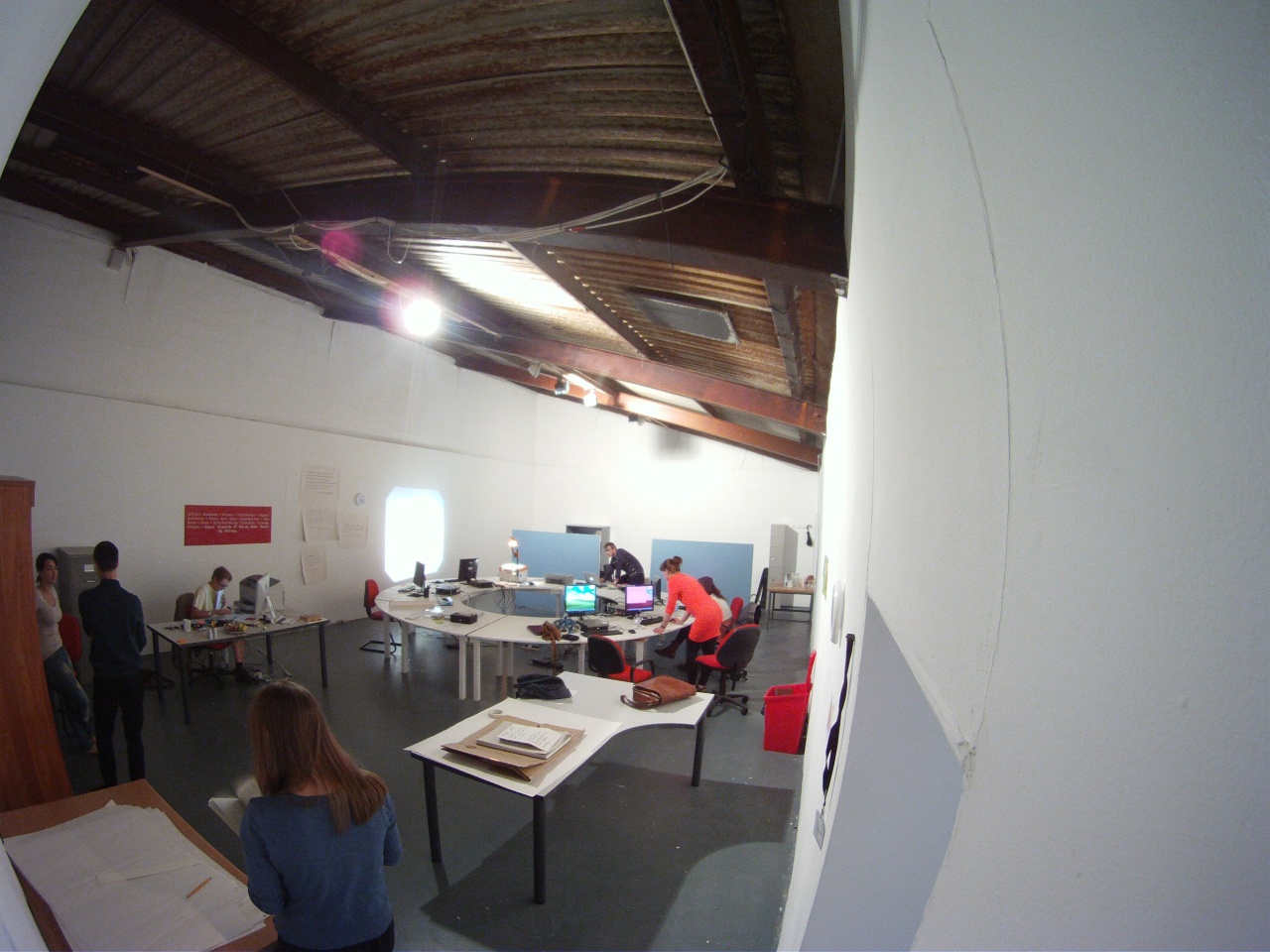 To coincide with IMPACT 8 Print Festival in Dundee, GENERATORprinthouse was created to act as a digital and IRL platform for the dissemination of critical discourse. It included a daily ‘e-paper’ called The E.G. It was collated and written by the Printhouse rolling Press Team. This was edited daily by myself, often in collaboration with an invited guest editor, alongside graphic design by Nicola Prosser. These e-papers are accessible at the bottom of the page.

In-House Press Facilities : installed in the GENERATOR space, and equipped for ensuring the success of the GENERATORprinthouse. This included a 4-point writer station, 2 editor desks, a laserjet printer station, live stream facilities and a discussion area. The layout was created by myself.

Issue 2 of The E.G: https://subcommandantejameslee.files.wordpress.com/2020/03/issue2wip.pdf